DISASTER MANAGEMENT IN KENYA-the country has not prioritized disaster preparedness

The main natural disasters faced by Kenya are floods and drought. Mother-nature has been kind enough and spared the country from other disasters such as earth quakes. Perhaps nature knows about Kenya’s lack of disaster management policies and regulations. Maybe she understands the amount of loss and suffering the citizens would undergo. Year in year out the country faces the same disasters. Drought, floods and other calamities that are man-made such as fires. Year in, year out, the disasters lead to destruction of property, loss of livelihoods and sadly, loss of lives, but nothing seems to change. 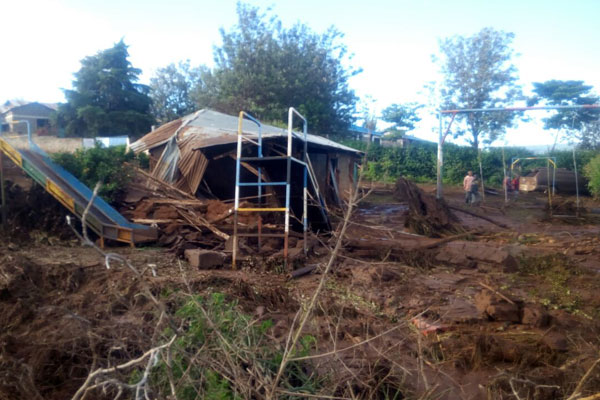 A school that was completely wiped out at Solai dam disaster

What has been noticed over time is that the country has not prioritized disaster preparedness and disaster management. Natural and human made disasters have been on the increase and they mainly affect the vulnerable and poor members of the society. This year, for example, Kenya has experienced two major disasters that have led to deaths and loss of property. A water dam in Solai in Nakuru County that was built on top of a slope burst its walls in the month of May. The rush of water downhill swept everything and anything that stood on its path including hospitals, schools and village settlements.
Heavy rains were blamed for the Solai tragedy, but investigations soon revealed that the dam had been declared illegal and was not supposed to be in use. Many of these victims were said to have been workers at the farm where the dam was located. This tragedy alone left over 100 people dead, missing or hospitalized and 500 families were left without homes. Children have been turned into orphans while living with the painful memory of what happened to their families and friends. 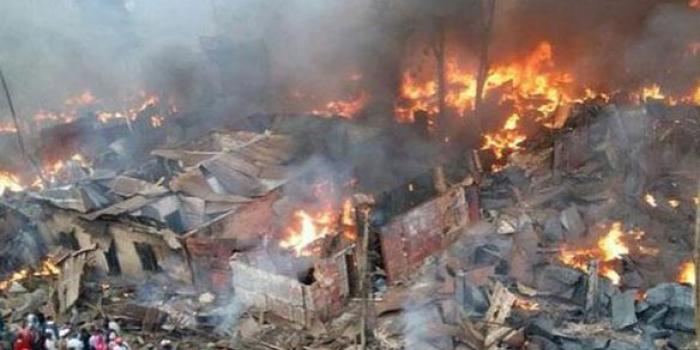 A section of Gikomba market on fire. the market is within a residential area in Nairobi City

There have been occurrences of fire at Gikomba market, one of the largest markets in Nairobi. While there may not be any kind of fire warning for this kind of disaster because it is caused by human activity; there should be guidelines on measures to be taken to manage such a disaster. Fire incidences at the market have occurred about six times in the last 9 years. The cause of the fire remains unknown but the effects of it are large.

This year, the fire incident led to loss of lives of tens of people including a 2 year old child unlike the other years where there have been only losses of property. Overcrowding of buildings was blamed for the inability of fire engines to easily navigate the market to put out the fire. This has been the same occurrence every year when fire breaks out. If there existed a disaster management program for the county, the damage caused by fire could have been minimal or even prevented. 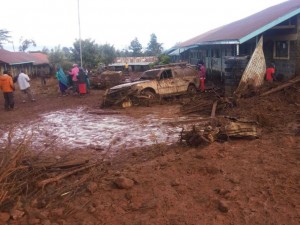 These two occurrences show that families, children and the poor are the most affected by the lack of disaster management or even disaster prevention programs in Kenya. A report from the Solai dam tragedy indicates that most of those who lost their lives were children, women and the elderly. Gikomba fire tragedy affected small business owners and the poor families that were living near the market. Natural and man-made disasters lead to poverty because people lose their source of livelihoods. Children are separated from their families and are kept out of school in most cases.

Because Kenya’s disaster management strategies are reactive rather than proactive, resource provisions in case of disasters mainly comes from external aid or non-governmental organizations. The government; through the Kenya Red Cross offers support to victims through provision of food, blankets and medical care but this is all short term. There are no rules or regulations for continuous support of disaster victims to the point where their lives return to normal. There are also no policies on how to compensate victims for loss of their property or families. 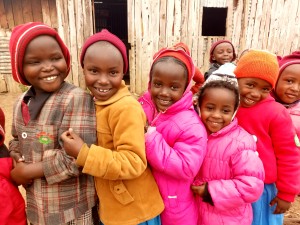 Churches and other NGOs have been on the front line in providing long term support in form of food provision, clothing, shelter and rehabilitation to those affected by different disasters in the country. St. Barnabas Orphanage and school is an example of a private establishment which provides a home for the vulnerable and victims of different life disasters. They give shelter to street children, orphans and helpless widows. The home also provides free education and medical care to those around them who cannot afford it. This institution goes a long way in bridging the society gap and giving a second chance at life to children. 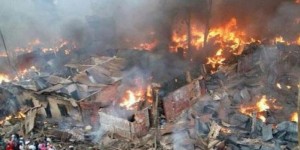 A section of Gikomba market on fire. the market is within a residential area in Nairobi City 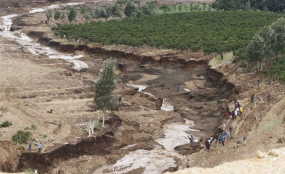 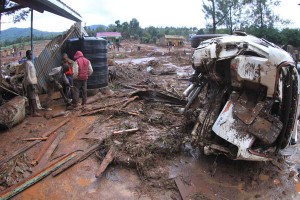 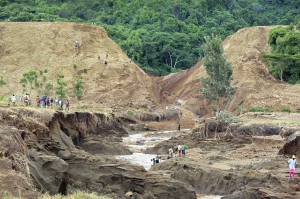 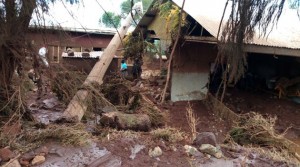 homes destroyed in the Solai Tragedy 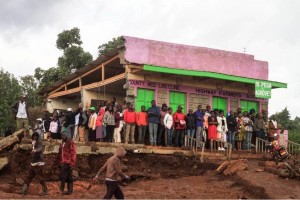 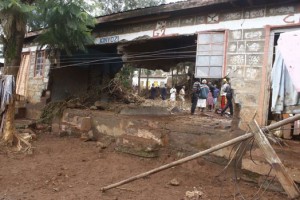