Enthronement of Bishops in Kenya- may 2016 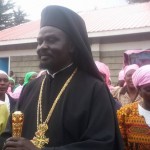 13-05-2016 was an important day for the Orthodox Church of Africa and more so in Kenya.-His Beautitude THEODORE, Pope and Patriarch of Alexandria and All Africa, during his Pastoral Visit to Kenya, came to the newly established Diocese of Nyeri to perform the Enthronement of His Grace NEOPHITOS as Ruling Bishop of Nyeri and Mount Kenya at the Church of St. John in Thunguri.. His Beautitude rendered several Bishops of the Throne, Metropolitan MAKARIOS, Metropolitan IOANNIS, Bishop INNOCENTIOS and Bishop ATHANASIOS. 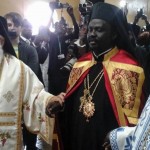 His Grace the ruling Bishop of Nyeri Neophytos Kongai was born in 1970 in the village of Kesengei, in the Nandi district of Kenya. He holds a degree from the “Archbishop Makarios III” Patriarchal Academy in Kenya. He was ordained Deacon on 13 September 1998 and Priest on 27 of the same month from the then Metropolitan Seraphim of Kenya, now of Zimbabwe and Angola. He served in parishes in Nairobi and at the Patriarchal Academy there as Deputy Principal. On 27 February 2005, he was consecrated as Archimandrite by His Eminence Makarios of Kenya. In the same year he was awarded a post graduate title in Theological Studies from the Theological College of the Holy Cross in Boston. In 2007 he was tonsured a monk at the Holy Monastery of the Transfiguration in Veroia. He is a candidate for a Doctorate in Pastoral Theology, with a scholarship from the Aristoteleian University of Thessaloniki. On 26 November 2014, proposed by His Beatitude, he was elected by the Holy Synod as Auxiliary Bishop of the once brilliant Diocese of Nitria.

Biography of Bishop Athanasios Akunda of Kisumu and western Kenya 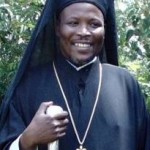 15-05-2016 was an important day for the Orthodox Church of Africa and more so in Kenya.-His Beautitude THEODORE, Pope and Patriarch of Alexandria and All Africa, during his Pastoral Visit to Kenya, came to the newly established Diocese of Kisumu to perform the Enthronement of His Grace Athanasius as Ruling Bishop of Kisumu and all western Kenya

HG Bishop Athanasius Akunda was born Amos Akunda in Kenya in 1971. He was the eldest of six children whose father is a theologian from St. Tikhons Theological Seminary.He became Orthodox at the age of 8 after his parents converted to Orthodoxy. He attended Makarios III seminary in Kenya and graduated with a Diploma in Theology, followed by a Master of Divinity at Holy Cross School of Theology. At the International institute of Church Management he graduated in a Doctor of Divinity and at the University of South Africa a Doctor of Theology. He also completed a Diploma and Post Graduate Diploma in Education Management at the India Institute of Management, and a Certificate in teaching English as a foreign language at the Cambridge Institute of English Language in Boston. HG Bishop Athanasius Akunda worked in African literature, Christian religious education, Social education and Ethics at Ebukhaya High School, Ebusiloli High School and Ngoro Orthodox High School, all in Kenya. He held the position of Catechist in Western Kenya, and Secretary in the office of the Archbishopric of Kenya. He was ordained as a Deacon in Kenya in 1998 by His Eminence Archbishop Seraphim and ordained as a Priest at Pantanassa Church also by Archbishop Seraphim in 2002. 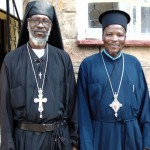 In 2010 at the Church of St Athansios in Benoni, on the feast day of that church, he was elevated to the rank of Archimandrite by His Eminence Archbishop Damaskinos. He has served as the Parish priest St. Seraphim in Soshanguve and at St. Raphael, Irene and Nicholas in Yeoville, Johannesburg. He was also Dean and lecturer at Petros VII seminary. He was the parish priest at St. Nicholas of Japan from 2009 to 2015. Other positions he has held include Director of missions from 2003 to 2008 and Vicar in charge of missions since 2010. Bishop Athanasius Akunda has represented the Patriarchate of Alexandria at the World Council of Churches, and the All African Conference of Churches. Bishop Athanasius Akunda left St Nicholas to serve at the Patriarchal Seminary “Makarios III” in Nairobi, Kenya in May 2015.  He was Appointed by His Eminence Archbishop Makarios of Nairobi as the director of missions and lecture at St.MAKARIOS seminary in cultural anthropology, pathology and teleturgics. He was elevated to Episcopal throne of Kisumu and All western Kenya on 24th November 2015. 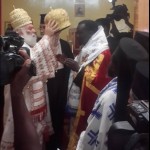 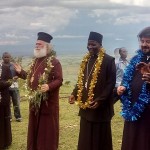 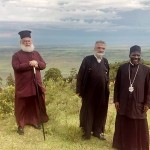 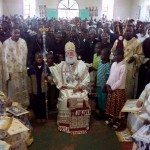 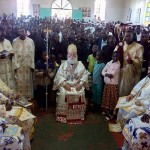 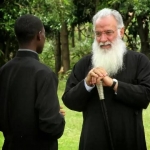