In 2010 at the Church of St. Athansios in Benoni, on the feast day of that church, he was elevated to the rank of Archimandrite by His Eminence Archbishop Damaskinos. He has served as the Parish priest at St. Seraphim in Soshanguve and at St. Raphael, Irene and Nicholas in Yeoville, Johannesburg. He was also Dean and lecturer at Petros VII seminary. He was the parish priest at St. Nicholas of Japan from 2009 to 2015. Other positions he has held include Director of missions from 2003 to 2008 and Vicar in charge of missions since 2010. 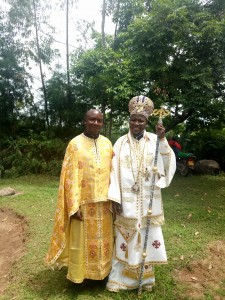 The Late Bishop Athanasios of Kisumu posing for a photo with Fr Methodius JM Kariuki After Divine liturgy on a in July 2018.

Bishop Athanasius Akunda has represented the Patriarchate of Alexandria at the World Council of Churches, and the All African Conference of Churches. He left St. Nicholas to serve at the Patriarchal Seminary “Makarios III” in Nairobi, Kenya, in May 2015.  He was appointed by His Eminence Archbishop Makarios of Nairobi as the Director of missions and lecturer at St. Makarios Seminary in cultural anthropology, pathology and teleturgics. He was elevated to Episcopal throne of Kisumu and All western Kenya on 24th of November 2015. 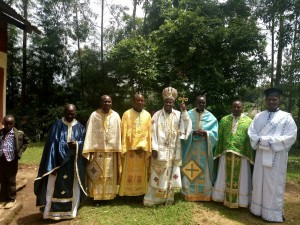 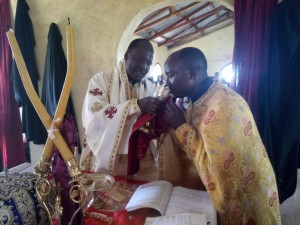 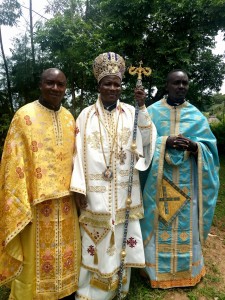 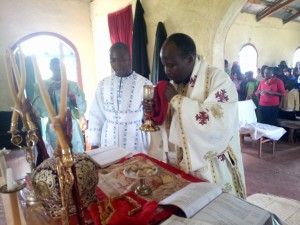 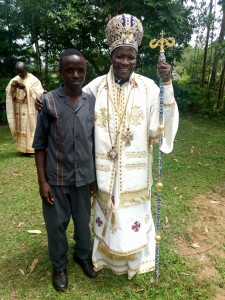